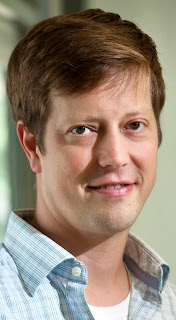 Rapid pollutant detection can prevent widespread outbreaks. While many techniques exist for detecting such contamination, they generally require highly specific instruments for each contaminant. Peter Vikesland, professor of civil and environmental engineering at Virginia Tech, and Haoran Wei of Zaozhuang in Shandong, China, a doctoral student in environmental engineering, describe challenges related to deploying surface-enhanced Raman spectroscopy (SERS) for detection in their paper published by Scientific Reports, “pH-Triggered Molecular Alignment for Reproducible SERS Detection via an AuNP/Nanocellulose Platform.”

SERS has great potential for ultrasensitive chemical analysis and detection of multiple contaminants in a range of environments. Capable of detecting single molecules without excessively expensive equipment or sample pretreatment, SERS has promised rapid field and point-of-use detection that could prevent pollution or biohazard threats and stop outbreaks before they begin. But that promise has gone largely unfulfilled.

One problem is that many of the substances that SERS could potentially detect are moderately hydrophobic, or water-repellent, thus making it harder to attract them to the hydrophilic, or water-loving, gold or silver nanoparticle surfaces used for SERS. Efforts to use molecular traps to better bind target molecules have been explored, but they have added complexity to the material synthesis and tend to produce background signals that complicate data analysis.

In the paper, Vikesland describes a study he and Wei conducted using bacterial cellulose as a SERS platform created by synthesizing nanocomposites made of bacterial cellulose interlaced with gold nanoparticles. Bacterial cellulose makes an excellent base for a SERS substrate. It is low-cost and easily fabricated, and its fibers are nanoscale in diameter and retain their 3-D structure in water.

The study used this platform to attempt to detect a number of common pollutants — carbamazepine, atrazine, and melamine, among others. By manipulating the suspension pH, the authors were able to consistently and reproducibly increase the SERS signal due to the increased affinity for the pollutant to the substrate at low pH.

A SERS platform based on bacterial cellulose could finally help fulfill the promise of this exciting technology. The platform can be synthesized in a one-step process and it can be reused many times. The protocol could simplify and reduce the cost of detecting many compounds. The platform is easy and cheap to synthesize and provides short sampling and detection times.

Vikesland also leads an international team of researchers as the principal investigator for a five-year $3.6 million Partnerships in International Research and Education grant from the National Science Foundation. They seek to halt wastewater-derived antimicrobial resistance dissemination.
Posted by Tom Gibson at 11:09 AM No comments:


The American Council of Engineering Companies, California (ACEC California) recently unveiled the 2016 recipients of its Engineering Excellence Awards, highlighting some uniques projects in the state. In all, 24 California firms representing 27 projects were named, the majority of which were public works projects completed in partnership with local government entities throughout the state. Because of their selection by ACEC California, Honor Award winners are eligible to enter the ACEC national level Engineering Excellence Awards competition.

"Each year, the recipients of the ACEC California Engineering Excellence Awards represent some of the most innovative solutions to complex public and private sector challenges, including traffic congestion, water resource management, alternative fuel infrastructure, and structural building projects, to name a few," says Brad Diede, executive director for ACEC California. "Engineering continues to help California thrive, and I am deeply proud of our industry accomplishments that directly improve Californians' lives."
ACEC California's annual Engineering Excellence Awards entries are accepted into one of 12 project categories: studies; research and consulting engineering services; building/technology systems; structural systems; surveying and mapping technology; environmental; waste and storm water; water resources; transportation; special projects; small projects; energy; and industrial and manufacturing processes and facilities. An independent panel of judges from the public sector evaluated the projects and made the award selections.
Honor Awards were granted to 14 firms, including Cornerstone Structural Engineering Group of San Francisco for its work on the San Francisco Zoo-South American Rain Forest Exhibit in San Francisco and the R.B. Oliver Bridge Replacement in Tulare County. Cornerstone was contracted by Tulare County in 2010 as the prime consultant to design the state-of-the-art bridge replacement project. Because of the design team's knowledge of the Kings River and partnering between the design team and the County of Tulare, the final design of the project was delivered in less than 2 years, an unprecedented pace for a $20 million bridge replacement project. The project also included development of new bat habitats, which have increased the bat population at the bridge to four times its original number.

Mark Thomas and Company of San Jose received an Honor Award for its work on the I-280/ I-880/ Stevens Creek Boulevard Interchange Project in San Jose. The I-280/I-880/Stevens Creek Boulevard Interchange Project, delivered for the Santa Clara Valley Transportation Authority (VTA), improved this highly congested facility. The existing interchange was a full cloverleaf configuration originally constructed in 1959. Since that time, the cities of San Jose and Santa Clara have grown tremendously, and the facility had become outdated. Additionally, the interchange is adjacent to the busiest shopping area in Santa Clara County, including Valley Fair and Santana Row. The reconfiguration allowed for increased traffic capacity, enhanced bicycle and pedestrian facilities, and  accommodated the Stevens Creek Boulevard Bus Rapid Transit (BRT) alignment. Lastly, the project design incorporated aesthetic treatments and sustainable stormwater handling facilities.

McMillen Jacobs Associates of Walnut Creek was honored for its work on the Bay Tunnel in Menlo Park/ Newark, the first tunnel excavated under the San Francisco Bay. The $288 million project is a successful and significant part of San Francisco Public Utilities Commission's (SFPUC) $4.6 billion Water System Improvement Program to upgrade the Hetch Hetchy Water System, which brings water through gravity-fed pipes from Yosemite National Park to the San Francisco Bay Area. The Bay Tunnel extends 5 miles under the Bay, replacing the aging water pipeline infrastructure built in the 1920s and 1930s that presently traverses the Bay on wooden trestles. The tunnel provides up to 224 million gallons per day of high-quality drinking water to about 2.6 million of SFPUC's customers in the Bay Area.

Walter P Moore of San Francisco, received an award for its work on the Air Traffic Control Tower and Intergraded Facilities Building at San Francisco International Airport. The iconic new tower, which replaced SFO's long outdated 1960s-era control tower, is the first air traffic control tower delivered through a partnership between the airport and the FAA. The tower relies on an innovative vertical post-tensioned system to self-right the structure during a major seismic event, ensuring that air traffic controllers remain fully operational after a magnitude 7.5 earthquake. This is crucial since the airport is just four miles from the San Andreas Fault.

Stover Engineering of Crescent City and COWI (formerly Ben C. Gerwick, Inc.) of Oakland were cited for their work on the Crescent City Harbor Inner Boat Basin Reconstruction Project  in Crescent City. This $32.7 million tsunami-damage repair project is the first known marina in North America designed to withstand a significant tsunami event. Marinas currently have no established design criteria for tsunamis, so the project required engineering judgment to justify the repairs to both funding and permitting agencies. Modeling performed to establish the tsunami loads was validated by a subsequent tsunami that occurred prior to final design of the project.
Posted by Tom Gibson at 10:21 AM No comments: