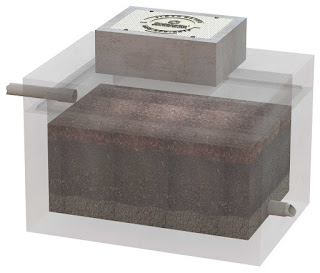 Oldcastle Infrastructure, part of the Building Products division of CRH, has announced that its BioPod Biofilter System with StormMix Media has been reviewed and approved by the City of Portland, Oregon, Bureau of Environmental Services. As such, the BioPod is now included on the city's list of approved manufactured stormwater treatment technologies (MSTTs). The City of Portland joins a group of jurisdictions, including the states of Washington, New Jersey, and Virginia, that have granted regulatory approval to the BioPod. Engineers now have the opportunity to design any of BioPod's four configurations into stormwater management systems for projects within the city's jurisdiction. "Now that the BioPod has received approval, designers in Portland will have a state-of-the-art, engineered, high-flow-rate bioretention option for stormwater treatment and green infrastructure solutions," says Joanna Ogintz, Oldcastle Infrastructure's regulatory engineer.
BioPod systems use a biofiltration design for filtration, sorption, and biological uptake to remove total suspended solids (TSS), metals, nutrients, gross solids, trash and debris as well as petroleum hydrocarbons from stormwater runoff. With its StormMix media, BioPod has a high flowrate, enabling a smaller footprint, with or without vegetation.
Offering flexibility of design and construction for a storm drain system, the BioPod system comes as an all-in-one, single-piece unit composed of precast concrete for ease of installation and a long service life. The BioPod system offers an optional integrated high-flow bypass that eliminates the need for a separate bypass structure, reducing costs and simplifying the design.
For more information on BioPod, visit https://oldcastleinfrastructure.com/biopod. For Portland's official approval letter, visit https://www.portlandoregon.gov/bes/article/713477.
Oldcastle Infrastructure provides building materials, products and services for infrastructure projects to several market sectors nationwide, including building structures, communications, energy, transportation and water. The company is part of CRH's Building Products division. CRH is a global diversified building materials group, employing 85,000 people at 3,600 operating locations in 32 countries.
Posted by Tom Gibson at 5:50 PM No comments:

James W. Sewall Company announces that it has recruited three new engineers and a surveyor. The four new hires join Charles Nadeau, who was announced last week as the company’s new CFO, as the latest additions to the Old Town, Maine-based engineering firm. The new employees come on board less than a year after Sewall was purchased by Treadwell Franklin Infrastructure, which is working to grow the nearly 140-year old company under new ownership. 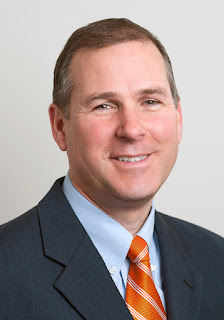 Matthew Dieterich has joined the firm as executive vice president, bringing over 27 years of experience in program, asset, and development management. With a Master of Science in Civil Engineering degree from the Massachusetts Institute of Technology, he specializes in construction management and private management development and also oversees the geospatial operations division of Sewall. His previous experience includes providing capital program support for the Trust for the National Mall in Washington, DC and overseeing construction management services for the National Park Service including the rehabilitation of the Lincoln Memorial Reflecting Pool and the repair of earthquake damage to the Washington Monument. 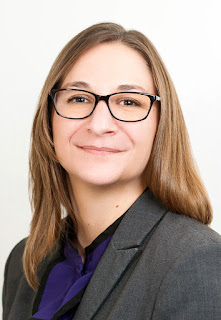 Lynn Frazier, PE, PTOE, is a Certified Professional Traffic Operations Engineer licensed in six states. She joined the Sewall team as senior traffic engineer with 12 years of experience in intersection and roadway operational analysis, roadway design, striping, signing, and safety analysis. Her areas of specialization include traffic signal phasing and timing, traffic impact evaluation, roadway and intersection design, and 3D traffic modeling. Previously, Frazier worked as the New England regional traffic group manager at the Louis Berger Group and as a transportation engineer at HNTB. She has also served as the Maine president of the American Society of Civil Engineers (ASCE). 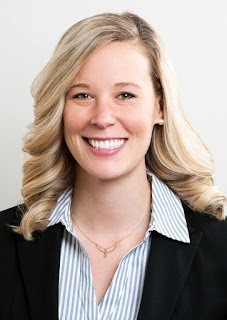 Heather Hayes, PE, joined Sewall as a structural engineer specializing in bridge and pier design, adaptive signal control technology design, and preparation of design-build specifications. Before joining Sewall, she worked for five years as a structural engineer at the Louis Berger Group in Portland, Maine. Projects included field verification and rating of 12 concrete bridges and 20 steel superstructures statewide for the Maine Department of Transportation. Previously, as a graduate research assistant at the Advanced Structures and Composites Center at the University of Maine, she worked with Dr. Habib Dagher and used specifications to design and test connections for concrete filled FRP tubes, known as Bridge in a Backpack. Using her research, Heather designed a splice that allows for doubling the bridge span. 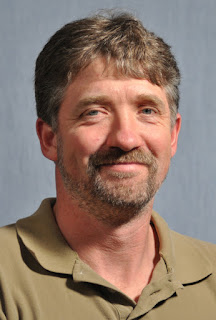 Winston Sinclair has joined Sewall’s survey team as a field technician. He has over 20 years of surveying experience in Maine, and rejoins colleague John Allen, PLS, director of survey, with whom he worked in years past. Winston holds a BS degree in forestry from the University of Maine. Most recently, he acted as crew chief and performed survey tech work for Sacket & Brake, and before that time, as the principal assistant/survey technician for Ken Muir & Associates, and survey technician for The Ames Corporation. He also brings a perspective gleaned from several years’ experience in the earthwork and utility construction industry, both as the foreman/superintendent at Haley Construction and as a grade foreman at Vaughn Thibodeau & Sons.

Sewall President George Campbell, says, “This team of extraordinary individuals will augment the strength of Sewall’s engineering division led by Brett Hart, PE, who has recently been promoted to Vice President of Engineering. In addition to serving our existing clients, the engineering team will contribute its skills to new owner Treadwell Franklin Infrastructure Capital’s (TFIC’s) projects as it sponsors and develops US commercial infrastructure for the transportation, municipal, state, university, and health care sectors.“
James W. Sewall Company (Sewall) is a multi-disciplined consulting firm providing services to government, energy and utilities, and the forest industry. Founded in 1880, Sewall consists of professional engineers, surveyors, natural resource consultants, and geospatial and information consultants and technologists. Sewall’s owner, Treadwell Franklin Infrastructure Capital LLC (TFIC), is an integrated infrastructure business that focuses on developing and sponsoring the commercial infrastructure of the United States.
Posted by Tom Gibson at 10:23 AM No comments: Here's an entry from Reinventing Green Building, the newsletter published by Jerry Yudelson, president of green building firm Yudelson Associates in Carlsbad, CA. Yudelson has a B.S. in Engineering and Applied Science from Caltech, an M.S. in Water Resources Engineering from Harvard, and an MBA from the University of Oregon.


Two weeks ago, Washington Governor Jay Inslee introduced a plan to address the Climate Crisis with an “Evergreen Economy Plan.” The plan proposes to “catalyze” about $9 trillion of investment over ten years — with at least $300 billion in average annual federal spending leveraging approximately $600 billion more each year. Inslee’s plan is detailed, thorough and feasible, but has received little public attention. He might have the best plan to offer whoever is the next president; could it be him?
The projected 8 million new “good jobs” is not likely to materialize, but that’s OK because America doesn’t need more jobs programs, with unemployment below 4% and 10,000 Baby Boomers retiring EACH DAY for the foreseeable future (that 1 million fewer people in the workforce every 3+ months). Automation and AI will reduce our job requirements, and that’s OK.

One thing I especially like is his focus on developing the electric car infrastructure. We should transition within ten years to a system that supports 100% EVs. With 250 million vehicles on the road in the US, we have a golden opportunity to revive the auto and electric power industries with “good jobs” if we commit to moving quickly to install EV charging stations nationwide. I’d like to see plug and play systems in every garage and carport.Over the next few months, we’re going to see lots of presidential candidates mouth platitudes about confronting the climate crisis, but only Beto (see my blog from April 30th) and Inslee have plans on the table. The Green New Deal might be a framework, but it’s not a plan.

If we’re serious about confronting the Climate Crisis, we need to demand specific and workable plans from all presidential candidates, something that they not only support but have thought long and hard about. Otherwise, it’s back to the streets on September 20th for the Global Strike for Climate.